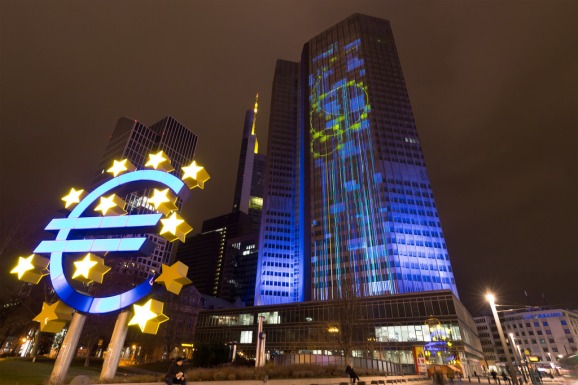 Below is an abridged version of a speech I gave on behalf of Sinn Féin at a GUE/NGL conference on the ‘Future of the EU’ in Donostia/San Sebastian on 5 June 2017.

Last week the Commission released a ‘reflection paper’ on deepening the Economic and Monetary Union (EMU).

There is one positive element of this reflection paper – the Commission finally admits that the status quo, and the divergence it has led to, is unsustainable and has to change.

But the proposals to deepen the EMU entirely fail to address the problems caused by the structural flaws of the euro, which are becoming clearer and clearer and are now acknowledged by mainstream economists.

The reflection paper is not so much a new proposal from the Commission as it is the product of a political compromise between German chancellor Angela Merkel and French President Emmanuel Macron arising from their recent discussions.

Reading between the lines, we can see that the longstanding French demand for some limited financial transfers is proposed, in exchange for not taking any action against the massive and destructive German current account surplus, and for handing over yet further economic powers to the Commission.

The German surplus is the cause of existing debt crises in the Eurozone and will be the cause of future crises. If one country is constantly exporting more than it imports, other countries – in this case, the EU peripheral countries – will have to import more than they export.

This doesn’t just hurt the so-called periphery, or the South – German workers are also suffering the consequences of this strategy as their wages are kept permanently low, often at poverty level.

But while the EU’s “rules” set a limit for current account balances of plus-six per cent of GDP, no sanctions have been imposed against Berlin despite the fact Germany has exceeded this limit for 21 consecutive quarters and for 31 out of 40 quarters since the start of 2007.

The idea that every Eurozone country should adopt an export-led growth model should not only be rejected because it’s based on exploitation, but also because it’s just not economically possible.

The Irish state is the poster child for the memorandum countries in terms of its recent economic recovery. The narrative goes that the Irish state followed all of the EU rules, swallowed the structural reforms and experienced export-led growth.

Leaving aside last year’s ludicrous 26% growth rate in GDP, based on Ireland’s facilitation of massive levels of corporate tax avoidance, there has been a certain of level of growth in employment over the past two years.

It’s important to note that these growth areas for jobs have not come from FDI or the Irish government’s tax-haven strategy.

Growth took place in the agriculture and food sectors, and in accommodation and tourism.

This growth was based on two related factors. The first was the devaluation of the euro as a result of the crisis, and the second was the relatively higher economic growth in Britain and the US, the Irish state’s two largest trading partners.

Devaluation of the euro was critical to the recovery experienced in the Irish indigenous sector.  The relative growth in the US and Britain was also influenced by the fact that these two states are not constrained by the Fiscal Compact rules – borrowing in the US and Britain did not fall below 3% since 2008.

But the specific circumstances of the Irish state also mean that this recovery cannot be transposed or replicated in other member states of the EU.

The Irish recovery happened in spite of, not because of the EU austerity recipe.

What Ireland is actually a poster child for is the role currency devaluation can play in recovery, when you’re trading predominantly with other currencies.

Transfers in exchange for rights?

Despite acknowledging that the status quo of the EMU is unsustainable, the Commission declares its firm support for the continuation of the European Semester and the Fiscal Compact.

Probably the three most significant aspects of the reflection paper from our point of view – all of which have been floated before – are its proposal of the creation of a European Unemployment Insurance Scheme, the proposal for an EU finance minister, and for an ‘investment protection programme’ to ensure public investment is maintained during an economic downturn.

In typical Commission fashion, the idea of a European Unemployment Insurance Scheme is dangled to gain public support – while the trade-off is the ‘harmonisation’ of labour relations and anti-worker reforms.

As for the proposed ‘investment scheme’, it is contradictory nonsense to create a scheme to protect investment during economic downturns while at the same time insisting on keeping the macroeconomic straitjacket of the Fiscal Compact firmly in place.

Limited transfers would require permanent structural reforms for Member States under the supervision of an EU finance minister.

We don’t oppose redistributive transfers to the so-called peripheral states to correct the imbalances that damage our economies, and of course we’re in favour of protecting investment levels in the crisis-hit countries.

But the point is that these measures are both utterly insufficient to address the underlying structural problems in the EMU, and they all demand trade-offs in rights, democracy and popular sovereignty.

So there will be a deepening of two major discussions in the EU in the near future – one on the EU budgetary capacity and one on improving social rights, linked to the Social Pillar but also linked to these proposals in the reflection paper, such as the unemployment insurance scheme.

We don’t oppose transfers to correct imbalances caused by the euro – but we will definitely oppose them if they are linked to conditionality. Social rights cannot be dependent on economic performance or a state’s following of the fiscal rules. Rights are rights.

The left in Europe shouldn’t fall for the trap of surrendering more ground to the Commission in exchange for these crumbs from the table.

At the same time as you have these plans for deepening and completion of the EMU based on permanent austerity, and the dubious economic model of export-led growth, we also have a drive to dismantle the limited financial regulation that was enacted after the crisis.

We have a new drive too for the public to bail out the banks – we can see it both in the Commission green-lighting the Italian bailout last week using a loophole in the Banking Union legislation that you could drive a truck through, and through the EBA and ECB recently pushing the idea that public funds should be used to solve the ‘non-performing loan’ problem.

So taking all of this into account, the challenges for the left in the coming period will continue to be on the one hand defensive in order to try to halt the march of permanent austerity. We need to prevent the deepening and expansion of the EMU.

In the short term we need to campaign for effective sanctions against current account surpluses; for investment to be excluded from the fiscal rules; to try to reject the attempt to incorporate the Fiscal Compact into the Treaties at the end of this year; and for a real public investment plan to stimulate growth. We’re open to examining options for fundamental reform of the euro towards flexibility mechanisms or other possibilities. Some of the ideas outlined in Joseph Stiglitz’s book on the future of the euro are definitely worthy of consideration by the left.

But the option of an exit from the eurozone should also be viable and supported for member states that choose to do this as a result of their economic circumstances, just as states who want to remain within the eurozone should not be blackmailed or kicked out of the common currency against their will.

I’ll finish with a few comments on some recent and current election campaigns. We’ve all seen the elites across the EU celebrating the election results in the Netherlands and France, fostering a sense of triumphalism and complacency when what we should all be experiencing is alarm at the growth of the far right. But it is not inevitable that popular anger at the status quo is channelled into the far right.

We face the urgent challenge of developing, communicating and organizing around a programme that can win popular support, and the effective, bold and principled Labour campaign in Britain under the leadership of Jeremy Corbyn is something we can learn a lot from across Europe. Corbyn successfully managed to shift the debate from a narrow discussion on the terms of the British exit at the start of the campaign to one about what kind of country do people want to live in, what kind of world?